KNOWLEDGE BASE Language Localization For The UK

Language Localization for the UK

If you are from an English-speaking country, you are already one step ahead, but there are still some things you’ll need to consider when you are localizing the language for your products or services for the UK. Don’t just assume that American and British English are interchangeable, or you could be undermining your success.

"England and America are two countries separated by a common language."

Stilted conversation aside, unless you are trying to capitalize on not being local, use the British spelling and phrasing in your written communications.

To help you think about what words to be on the lookout for, here’s a guide with some common differences between British and American English.

You can easily find lists of words that differ between the two languages to help you review your copy, but definitely do a review and get local help in the form of experts or even trusted friends, at a minimum to make sure that you have properly localized the language you are using.

Once again, though the US and UK are both English-speaking countries, there are different words for commonly eaten foods.  For instance, chips and french fries.  French fries is to the US what chips are to the British.  And chips to the British conjure up images of potato chips to us, except for ‘fish and chips’, which we’ve adopted rather than using ‘fish and fries’, at least when meaning what we all think of as the very British meal.

Another difference is cookie vs. biscuit.  What Americans call a cookie is called a biscuit in the UK, and Americans think of a biscuit as something entirely different again.

Again, though there are words that are common to both languages in their spelling, they may be pronounced differently.  For instance, brochure in the US is pronouced "broh-shoo r" and "bro-sh a" in the UK.  And the US garage is "guh-rahj" while in the UK "gar-ij". Be sure to have someone take a look at any copy that will be voiced in advertisements or elsewhere to catch any differences. 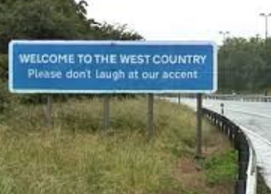 Of course, there are variations in accent throughout the UK, just as there are in the US.  This video is an entertaining way to hear the differences in pronunciation across the UK.

Words related to getting around

Some common differences between the US and the UK include elevator vs. lift, lorrey vs. truck, car trunk vs. car boot, and car hood vs. car bonnet.  And of course, gasoline or gas vs. petrol.

Localize for language in the UK!

You are probably getting the idea that it’s not a good solution to just use American terms and spellings without giving it some thought.  Just as Americans notice the subtle (or not so subtle) differences, so do the British.  To fully localize for language in the UK, it’s best to get some local advice using experts in the market.  That can be local agencies or even people you trust to help you review your content.

KNOWLEDGE BASE Language Localization For The UK

Who we are: Wordbank is a privately owned, boutique marketing localization agency, specializing in global marketing communications since our beginning in 1988....

With a network globally of over 7,000 professional in-country native language experts offering translation into over 90 languages, TranslateMedia serves clients across a broad range of...

With over 35 years' experience and more than 80 sales offices worldwide, Optilingua is one of the continent’s leading translation group of companies. It accounts for...

We provide translation services and software localization for companies, organizations and individuals worldwide. Our mission is to simplify your translation needs so you can focus on what...