KNOWLEDGE BASE Social Media Marketing In The UK

Social Media Marketing In The UK

The people in the UK are active online and on social media, especially those between 16-34 years old. Although the UK has a higher Internet use of 89%, their time spent online for both web 4 hrs and mobile 1.9 hrs are lower than the average of 4.4 web and 2.7 mobile according to GlobalWebIndex 2014 statistics. 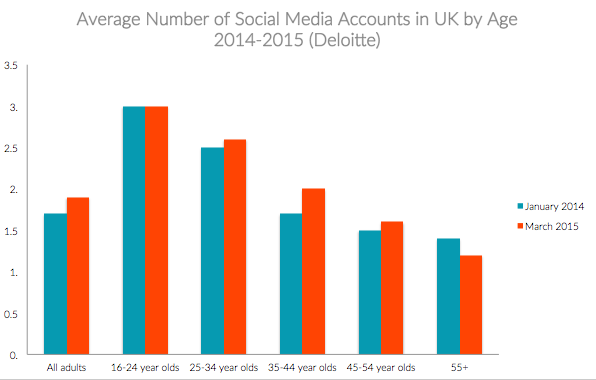 59% of Internet users, or 38 Million people, in the UK have an active account on the larger social media platforms. (We Are Social 2014) yet they spend just slightly less time 2.2 hrs than the global average 2.4 hrs on social media every day.

50% of the population, or 32 million people, use their mobile phone to access social media in UK, 30% of them use social media mobile apps.

The top social media platforms according to GlobalWebIndex 2014 are: 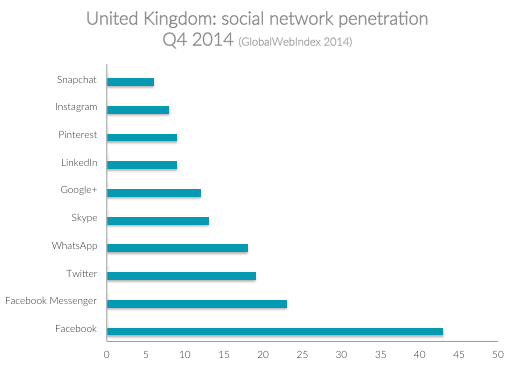 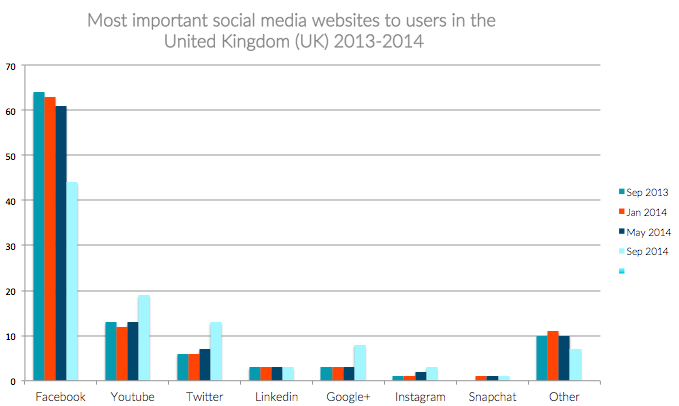 Of the top 10 websites visited most frequently in the United Kingdom according to Alexa.com, most are search engines, ecommerce, or social media sites with Google.co.uk and Google.com at the top, Facebook, YouTube, Amazone.co.uk, Ebay.co.uk, Bbc.co.uk, Yahoo.com, Live.com, and Wikepedia.org rounding out the top 10. To see the broader list, visit Alexa.com.

It’s helpful to get a sense of a culture by the media they consume and the brand interactions that are successful and those that are not. The most frequently shared content type among teens are photos, comments, status updates, reports, videos, questions, and their location. 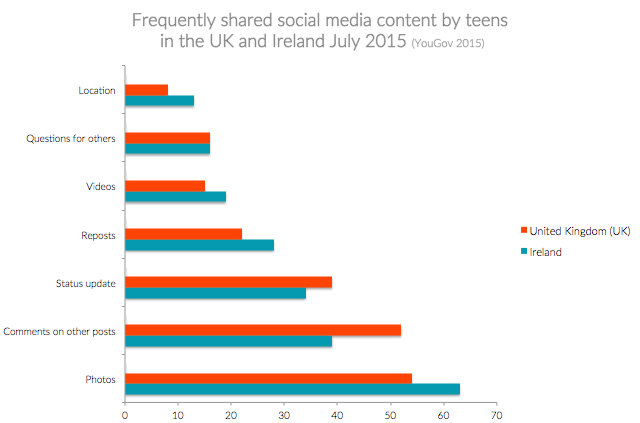 For brands, providing discounts or ‘games’ to win are the most popular types of content in the UK followed by humorous, dramatic, or heart warming stories.

To better understand British humor, you can learn more in our section on Cultural Localization.

The people of the UK as a whole like games such as contests, sweepstakes, different forms of gambling, and the gamification of tedious processes. Even video games are popular with men and women alike. Women now account for 52% of the gaming audience in the UK, primarily on their mobile phones according to an IAB 2014 study. 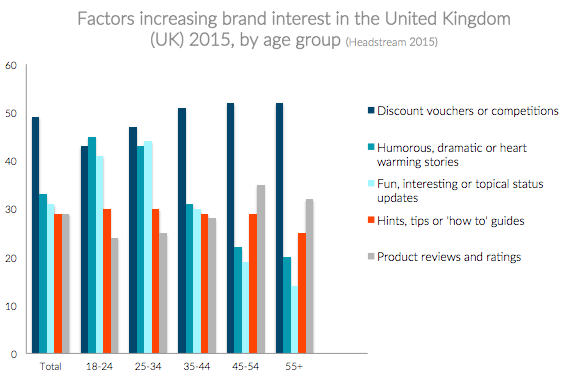 To get a better understanding of what resonates culturally, pay close attention to Facebook, Twitter, YouTube and other social media content and campaigns that are popular. The social media research site Social Bakers regularly reports on top sites in each market. In February 2015, some of the top UK social media brands were:
Facebook:

Not unlike other countries, most successful social media campaigns typically include some sort of fun sweepstakes, inspiration, aspirational content, or other relevant engagement with people. To learn more about sweepstakes in the UK visit the Sweepstakes section in the Knowledge Base Go-To-Market section.

Overall, from small to large organizations, both consumer facing and B2B, social media is an important component of the marketing mix to reach UK prospects.

KNOWLEDGE BASE Social Media Marketing In The UK

Started in London and now around the world, OpenCoffee Club is a regular, open and informal meeting place for people involved in startups to meet.

Pulse is a global community of Customer Success leaders from subscription businesses who gather to learn best practices, network with their peers, and celebrate all things Customer Success. ...

Here's an opportunity to immerse yourself in Kingston's entrepreneurial environment, as we celebrate Global Entrepreneurship Week by asking two distinguished entrepreneurs to share...

The Business & Intellectual Property Centre in Manchester Central Library can help you start, run and grow your business. From that first spark of inspiration to successfully launching...