KNOWLEDGE BASE Business Culture In Singapore Keeping culture in mind as you do business in Singapore

Since you are considering doing business in Singapore, it’s important that you understand some of the cultural expectations you’ll encounter. If you miss them or incorrectly interpret subtle cultural cues, you could unintentionally damage your business prospects. On the other hand, if you understand the cultural setting that you’ll be entering and how to do business in Singapore, you’ll be in a better position to succeed.

Each culture has a collective way of thinking, which in turn affects the workplace.  For instance, in cultures where getting along is much more important than arguing, negotiations can be very frustrating or confusing for someone who is used to saying what they think and demanding results.  In order to better understand how values in the workplace are influenced by culture, Geert Hofstede conducted a comprehensive study around six different dimensions and uses this information to help explain business culture in a number of countries.

The six dimensions are:

A measure for how much the less powerful members of a society accept and expect that power is distributed unequally.  Singapore scores very high on this dimension with a 74. In the business world, this means that power is centralized in the management and employees expect that they will be told what to do. Rules are important and there is a formal attitude toward managers. Information is selectively shared.

In societies that show more individualism, its members are expected to take care of just themselves and their immediate families.  In societies that show more collectivism, individuals can expect that their family or members of their particular group will take care of them in exchange for unquestioning loyalty. Singapore is a collectivistic society, meaning that the group is more important than the individual.  Harmony is very important and open conflict is avoided.  Politeness is more important than honest feedback.  Saving face for others is always a goal and managers should always be calm and respectful.  Anyone interacting with Singaporeans should also keep this philosophy in mind - be calm, respectful and maintain harmony.

Masculine societies show a preference for achievement, heroism, assertiveness, and material rewards, and are more competitive. Feminine societies show a preference for cooperation, modesty, caring for the weak, and quality of life, and are generally more consensus-oriented. Singapore falls in the middle on this spectrum, meaning that consensus and sympathy are important, as are being modest and humble.  Conflict is avoided in all aspects of life. When in meetings, avoid appearing to know everything or being persistent about making your point. Remain patient and respectful.

The level of discomfort members of a society feel with uncertainty and ambiguity. Singapore scores very low on this dimension.  They do not have a need to control the future.

The degree to which cultures prefer to maintain long-held traditions while viewing change with suspicion versus cultures that encourage thrift and modern education as a way to prepare for the future. Singapore’s score is high on this dimension. Its culture supports long-term investment showing as perseverance, sustained efforts, thrift, and slow results.  Singaporeans emphasize virtue and the way in which things are done, always open for new options to arise. They have a pragmatic approach to business, believing that two things together can make something stronger, vs. being in opposition.

Indulgent societies allow for relatively free gratification related to enjoying life and having fun. Restrained societies suppress gratification of needs and regulate them by means of strict social norms. Singapore falls in the middle on this dimension.

If you would like to learn more about this research and its findings, Geert Hofstede, Gert Jan Hofstede, Michael Minkov have written a book on the subject.

Map the Dimensions on a World Map - In the following video five of the dimensions are explained and then mapped on the world, showing how different parts of the world compare.

If you’d like to hear Geert Hofstede himself describe these spectrums, check out the following short videos:

10 Minutes on Masculinity vs. Femininity

10 Minutes on Individualism vs. Collectivism

10 Minutes on Indulgence vs. Restraint

Now let's take a closer look at the business and local culture of Singapore and its main ethnic groups, the Chinese, Malay, and Indian.

A majority of Singaporeans are Chinese and there are conventions around names that you should know.

The names of people of Indian and Malay descent are written and spoken with the given (or first) name first, followed by the family name.

You can always ask Singaporeans what you should call them by asking, "How shall I address you?"

While business cards in much of the West are a way to share contact information, they are more important in Singapore. They are exchanged after the initial introductions. 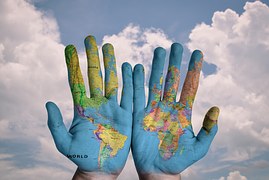 Shaking hands varies in Singapore depending on ethnicity. While your natural inclination may be to shake hands upon meeting someone, it may not always be the best approach. While shaking hands with everyone is a common Western practice, be sensitive to the signals you may be receiving in case it’s not the tradition of the person you are meeting. With all groups, first introduce the elderly or person with the most status first.

In some cultures business can’t take place unless a strong relationship has been established, while in others the business at hand will dictate how necessary and how deep the relationship goes. In Singapore, networking and cultivating relationships are very important for doing business.

An important cultural concept in Singapore is saving face. Having face indicates personal dignity. Loss of face, shame, and honor are all connected and play an important role in Asian culture where they go beyond the individual and are seen to reflect directly on one’s family, organization, even nation.  If you inadvertently cause someone to lose face, you jeopardize how they measure themselves in terms of social standing and upholding traditional Asian values.

Avoiding ways in which you might cause someone to lose face will strengthen your business relationships. The suggestions below will help you not only in adhering to business culture norms in Singapore, but will make you aware of those situations where you might slip up.

Not only do you want to avoid making anyone else lose face in Singapore, but they will also be working hard to help you save face.  One of the ways this will show up is in the product or service feedback you receive. Singaporeans will be very hestitant to give you any negative feedback.  If you do receive it, no matter how quietly or gently it is given, take it seriously and multiply it by a factor of 10 in order to get closer to how they are really feeling. 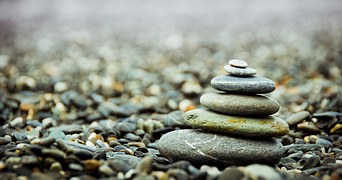 Harmony is another important concept in Asian cultures.  Since the well-being of the group is paramount, maintaining harmony and avoiding conflict support that end. This can sometimes lead to confusion for someone outside the culture, but your success in doing business in Singapore will rely upon your maintaining harmony in your interactions.

Seniority and status in  Singapore

Seniority, status, and hierarchy are very important in Singapore. Hierarchy is drawn from Confucianism, which emphasizes respect for age and status. In the workplace, this presents as deference paid to older employees.

Negotiations and meetings in Singapore

In a sense, your negotiating begins before the actual negotiation.  You may go out to dinner or socialize in some way before your actual business meetings start.  Keep in mind that you are being evaluated at all times - possibly even in the car they've sent to pick you up at the airport, so put your best foot forward in all settings, social or otherwise.

Singapore is hot and humid, so dress can tend toward the less formal as compared to many Western or Japanese and Korean cultures. If you are going into a business setting, the following guidelines will help you know how to dress.

Nonverbal and subtle communications in Singapore

Based on the national stance against corruption, one of the most important things to avoid is the appearance of bribery. There are also cultural differences that you will want to consider when giving gifts in Singapore. 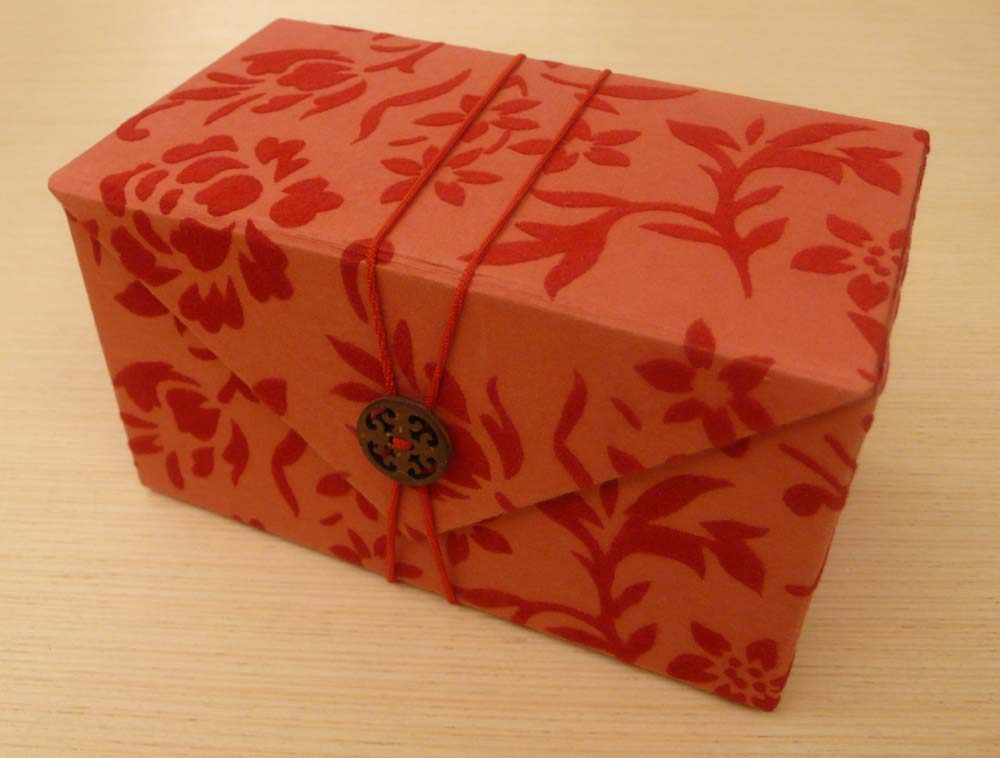 When giving gifts to the ethnic Chinese:

When giving gifts to ethnic Malays:

When giving gifts to ethnic Indians:

Don’t ever make the mistake of thinking that Singapore is anything but a highly-sophisticated country with well-educated and successful business people. 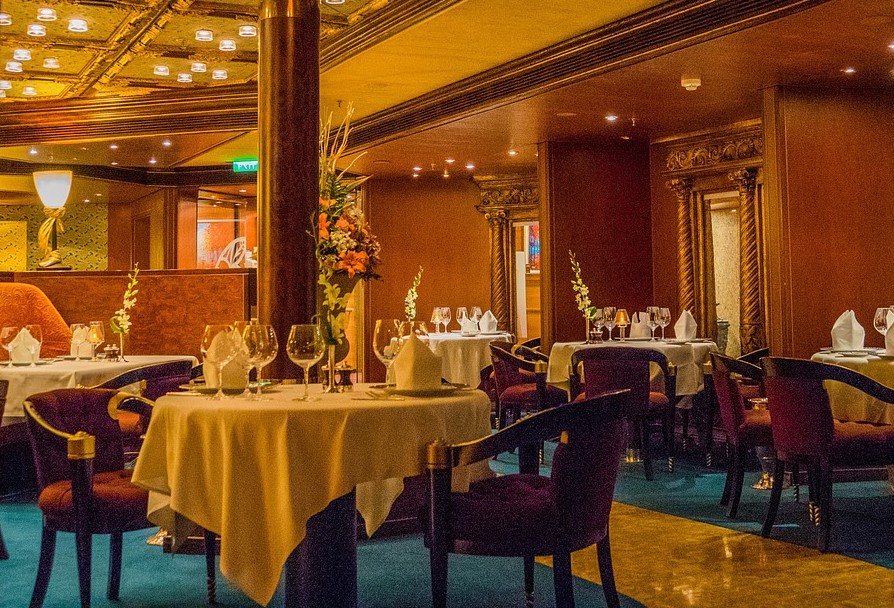 While business entertaining in Singapore is very important and often takes place over dinner, this time together should be considered as an opportunity to build relationships and socialize rather than continuing to discuss business.

Though commonly available in Western restaurants and a typical way to start a business dinner in the United States, drinks and appetizers before the meal are uncommon.  The host will usually order all of the dishes. The dishes are then served at once and shared amongst the diners in the group.  If you are the host, you can avoid arguing over who pays by paying in advance.

If your hosts are of Chinese descent, you’ll probably be using chopsticks. If you don’t know how to use chopsticks, you might consider practicing before you go to Singapore. And if you are going to use them, it’s a good idea to know a few rules.  Never leave them sticking up in the rice bowl and when you are not using them, place them on the chopstick rest on the table.  Western style utensils will usually be available if you just can’t use chopsticks.

Tipping is a far less common practice in Singapore than in many other countries, but here are some guidelines that will help you navigate, especially in business situations.

Locals do not usually tip, but foreigners are expected to have more money.  Many restaurants add a 10% service charge, but this will not likely go to your server. If they provided good service, you can give them a cash tip directly while thanking them. If you do tip, 10% is an acceptable percentage.

Tipping is not expected, though you can round up for convenience

Tipping is not expected

Map the Dimensions on a World Map - In this video five of the dimensions are explained and then mapped on the world, showing how different parts of the world compare

If you’d like to hear Geert Hofstede himself describe these spectrums, check out the following short videos:

10 Minutes on Masculinity vs. Femininity

10 Minutes on Individualism vs. Collectivism

10 Minutes on Indulgence vs. Restraint

KNOWLEDGE BASE Business Culture In Singapore

A government resource providing economic and population data for Singapore.

A government resource providing facts and rankings for Singapore to provide insights into the country.

Managed by SPRING Singapore, EnterpriseOne is a comprehensive network where you can find the help and answers you need to start, grow and sustain your business. If you need business advisory...