KNOWLEDGE BASE Demographics On Aging In Germany

Demographics  On Aging in Germany 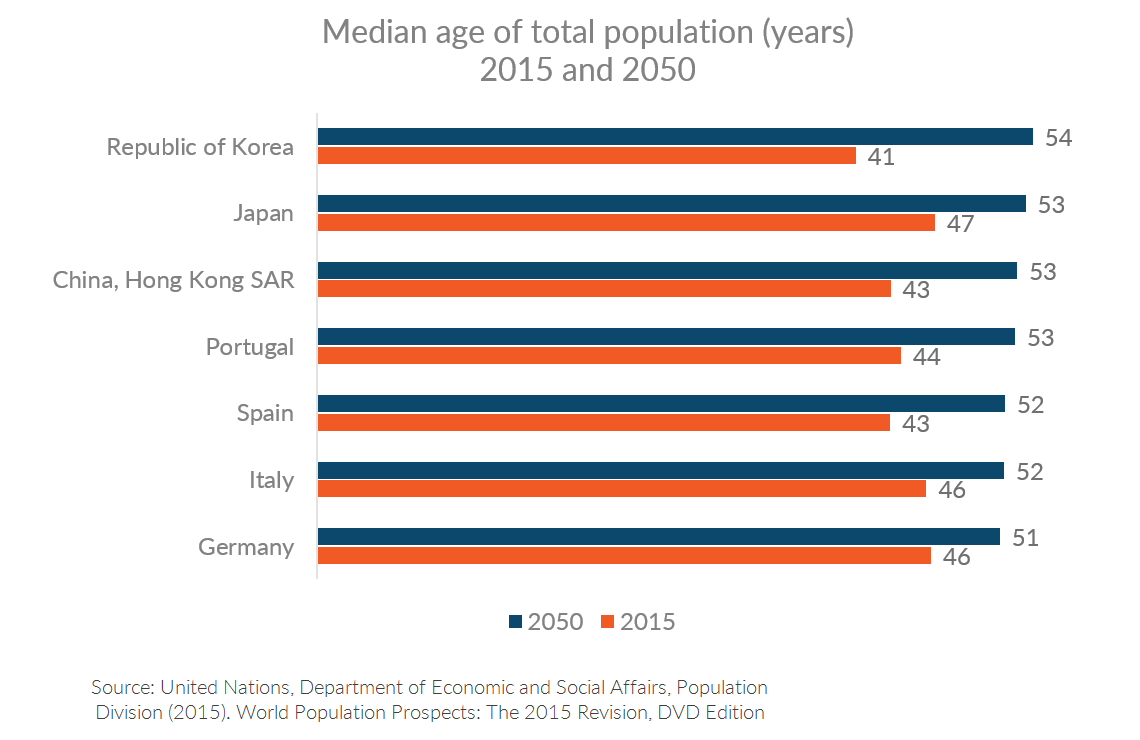 The current population distribution for Germany places 30% of the population, the largest group for any age range in that country, between 40 and 60. 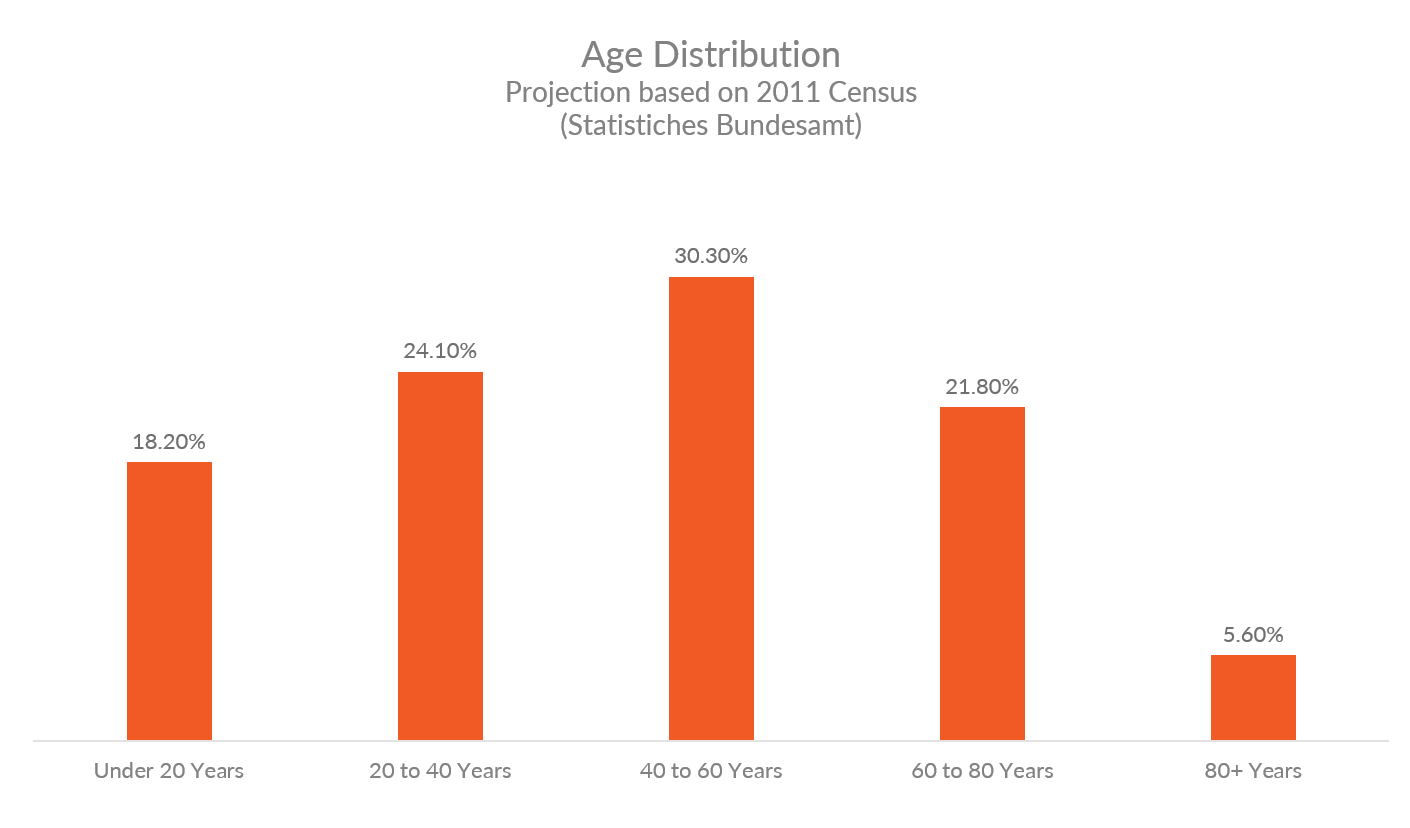 Over the next 35 years the German population will age, and projections show the entire age distribution shifting to be more weighted at the older ages. 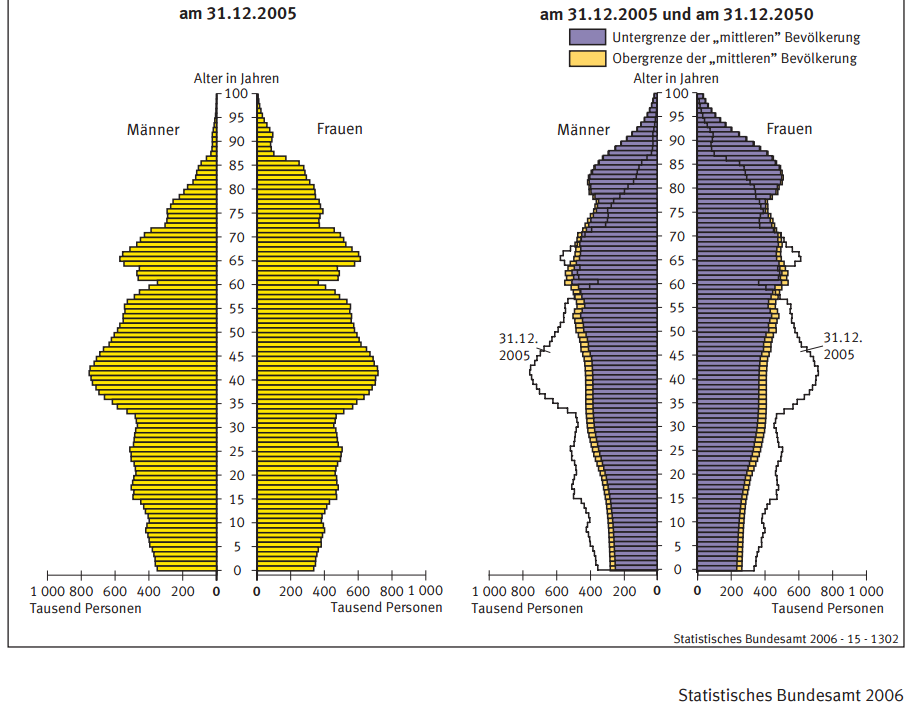 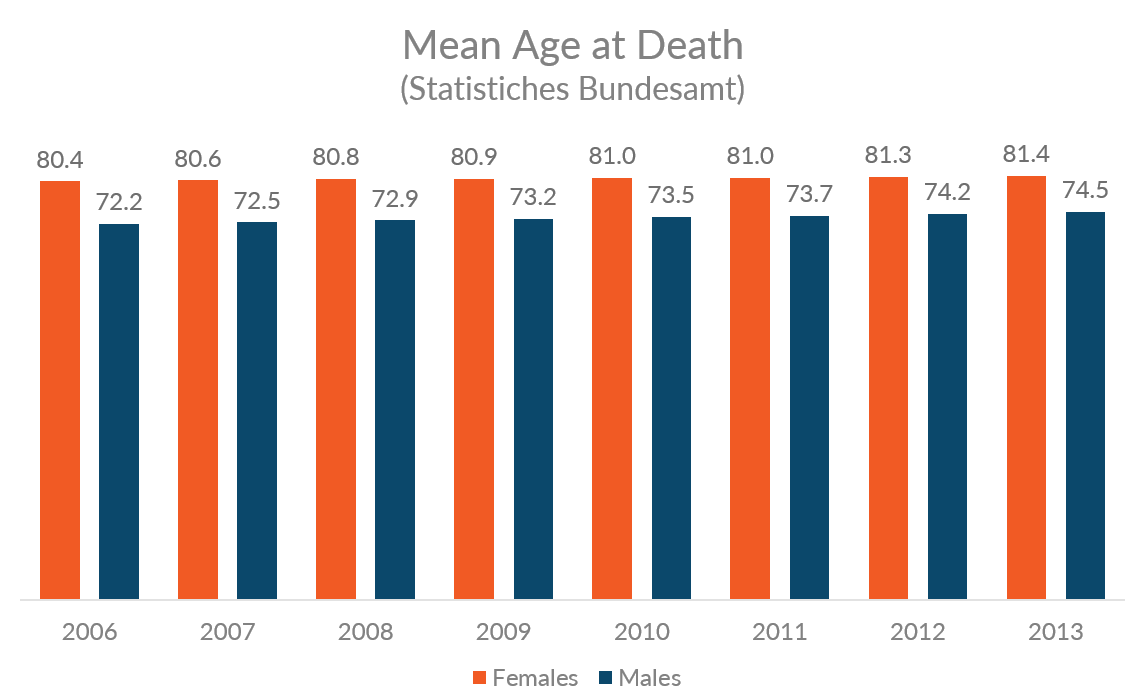 The German fertility rate in 2013 was 1.42 children per woman. That was a slight increase from 1.39 in 2011. You can learn more about the components of Germany births on the same page provided by Statistisches Bundesamt.

The five states with the oldest average age, with the exception of Berlin, are the five states that were formerly in the DDR (German Democratic Republic, or East Germany). This reflects, in part, the movement of young people from the East to the West after the reunification. 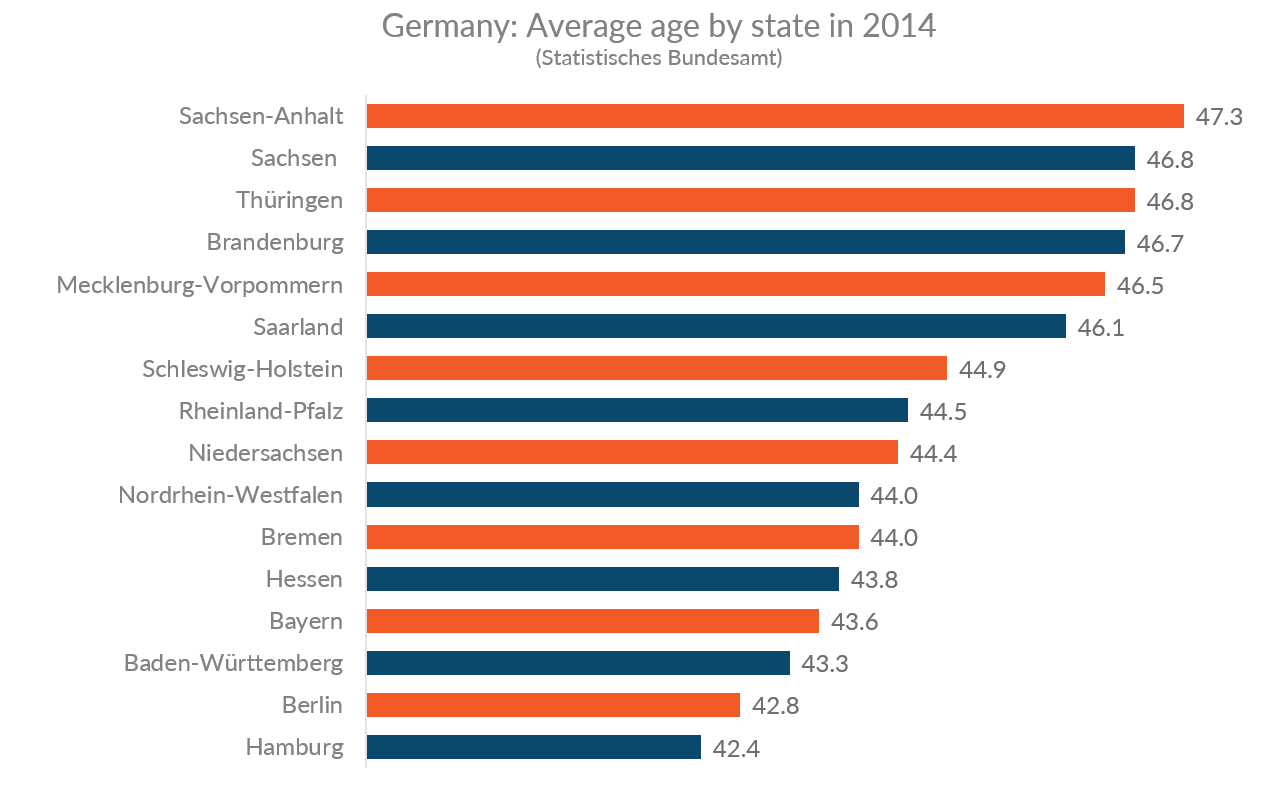 Pew Research Center did research on global attitudes toward aging and found that Germany is one of the few countries where more than a third of respondents said that the elderly should bear the greatest responsibility for their own well-being (rather than the government or their families). And more than half believe that aging is a major problem in Germany. Read the study to learn more of the finer points regarding perceptions of aging in Germany and other countries.

Besides the financial burden on society as the population ages, there is also the emotional toll on aging people when they are institutionalized. And most Germans, not surprisingly, don’t want to grow old in an institutional setting. Germany is one country that is looking at alternatives for keeping the aging out of nursing homes and as independent as possible.  The government is incenting people to purchase long-term care insurance to defray at least part of the cost of care needed at some point in their lives, and is providing grants to help people remain in their homes safely, as long as possible.

According to the Pew research mentioned above, 60% of respondents are very or somewhat confident that they will have an adequate standard of living; however, younger people have less confidence than older people. And people who feel that they and their families are responsible for their well-being in old age have a higher confidence than those who believe the government is responsible.

Germany is aging and is among the countries expected to have the oldest average population by 2050.  This will place a burden on the country and families as they support the elderly through programs, through caregiving, and through financial assistance. And while a majority of people in Germany feel that they will be able to have a good standard of living in their old age, that optimism drops for younger people.

And while the German government is implementing programs to help its people plan for the possible eventual necessity for long-term care and is providing programs that assist in making homes safe and affordable for seniors so they can age in place as long as possible, the majority of Germans feel that aging is a major issue for the country. This is a situation that is not going to go away.

There is a lot of information available on the demographics of aging in Germany.

KNOWLEDGE BASE Demographics On Aging In Germany