KNOWLEDGE BASE Holidays In The US

Holidays in the United States

Federal and popular holidays in the US

While Christianity is the dominant religion in the United States, just one federal holiday is based on a significant religious date - Christmas. The others are all secular events. Easter, while a popular Christian holiday, is not observed at the federal level and most companies do not observe it as a work holiday. There are also many holidays that are popular with Americans and are used as  commercial opportunities (Valentine’s Day, Mother’s Day, and Halloween, for instance), though they are not considered work holidays.

To familiarize yourself with the federal and primary popular holidays, you can start with the tables below and find additional popular holidays along with these in the Globig US Media Calendar for 2016 and 2017.

In the United States, bank holidays are usually the same as federal holidays since they follow the holiday calendar of the US Federal Reserve. All states recognize the federal holidays, though not all companies give their employees those days off. While each company has its own policy, it is normal to see companies observe New Year’s Day, Memorial Day, Independence Day (4th of July), Labor Day, Thanksgiving Day, the day after Thanksgiving, and Christmas as work holidays. Service industry companies such as restaurants, movie theaters, and bars are often open on at least some of these holidays, or have reduced hours. Most grocery and retails stores are closed on Thanksgiving, Christmas, and New Year’s Day.

US work holidays and vacations

Some of the holidays, such as Memorial Day, Labor Day, and Thanksgiving, are fixed to a day of the week, so will not land on a weekend. For those that are tied to a date, they are typically observed as a work holiday during the week if they land on a weekend. When New Year’s Day, Independence Day, and Christmas land near a weekend (Tuesday or Thursday), some companies will extend the holiday to include the Monday or Friday between the holiday and the weekend. If the company does not offer that day as a holiday, you will often see employees with available time off and a job that allows for it, to take that extra day.

Vacations (which range from simply taking time off from work and staying home, to traveling to destinations away from home) are important to Americans. Many employees in the United States who can do so (have the accrued time off and have a willing employer), will take the week off around Thanksgiving, and time off around Christmas or between Christmas and New Year’s Day, since they are such important holidays in the US and kids often have that time off from school. Many office settings are very quiet during the last week or two of the year and most business slows down during that time.

Schools, colleges, and universities in the United States typically have a week off at some point in the Spring, called Spring Break. Spring Break and the summer are very popular times for families and students to vacation, so employees often use their vacation leave time to do so. Another popular vacation time is around the 4th of July.

It is very unlikely that you will be able to schedule any important meetings during Thanksgiving week or the last several weeks of the year. You will also have to work around Spring Break and summer vacations. Be sure to plan well ahead around these times to verify people are available to meet with you.

To help you keep track of federal and popular holidays in the US, Globig has created a US Media Calendar for 2016 and 2017.  With the holidays already loaded in the calendar, you can plan your activities around them.

As stated above, people of the United States largely identify as Christians. 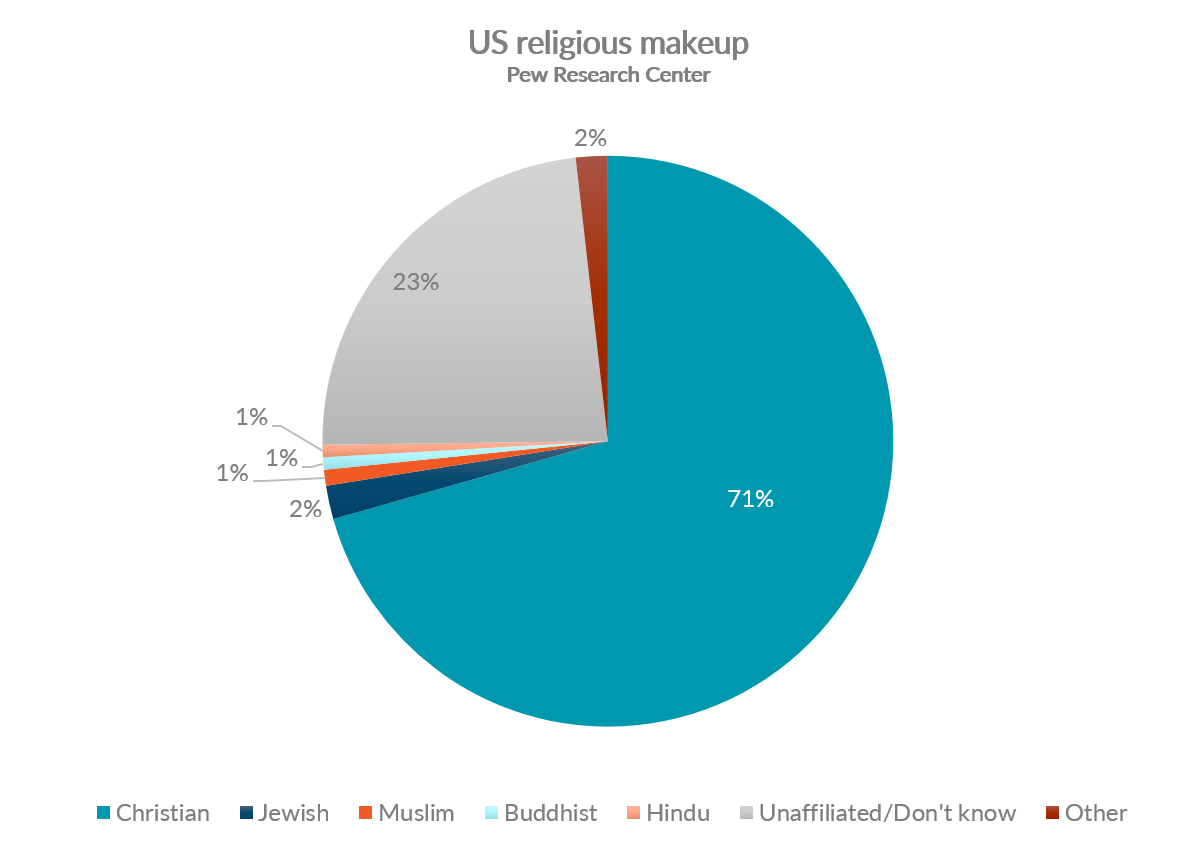 Use the Globig US Media Calendar for 2016 and 2017 to keep track of the federal and popular holidays in the United States. You’ll be able to plan your activities around important national dates in the US and either take advantage of, or avoid, them in your work.

KNOWLEDGE BASE Holidays In The US

Harris Bricken is a boutique Seattle firm with lawyers in Portland, San Francisco, Barcelona, and Beijing. With over a decade in business, we know how important it is to understand our...

Founded in 1917, Eide Bailly is a top 25 CPA firm in the nation with 29 offices in 13 states. Our clients benefit from local, personal services while enjoying access to 1,600 professionals...