As a member of the European Union (EU), Dutch companies have easy access to the other member states of the EU, providing a much bigger market than just the Netherlands itself. Rotterdam is among the world's top ports in both cargo volume and container traffic, and the top port for Europe. In it's 2016 Doing Business Report, the World Bank ranks the Netherlands 1st out of 189 countries for 'trading across borders'.

Amsterdam is a rising star among statup hubs, regularly hitting lists of top European startup cities to consider. The Startup Heatmap Europe published by the European Startup Initiative, reports a 31% increase in the Netherlands' startup population, fueled by a large startup inflow. Based on the responses of 700 startup founders, 10% reported that Amsterdam was among the top cities they would choose if they could start all over again. Amsterdam placed third behind Berlin and London.

Each company will have its own reasons for choosing a new country for expansion. We've compiled a number of facts and figures to help you better understand the Netherlands and how it fits with your global expansion strategy. 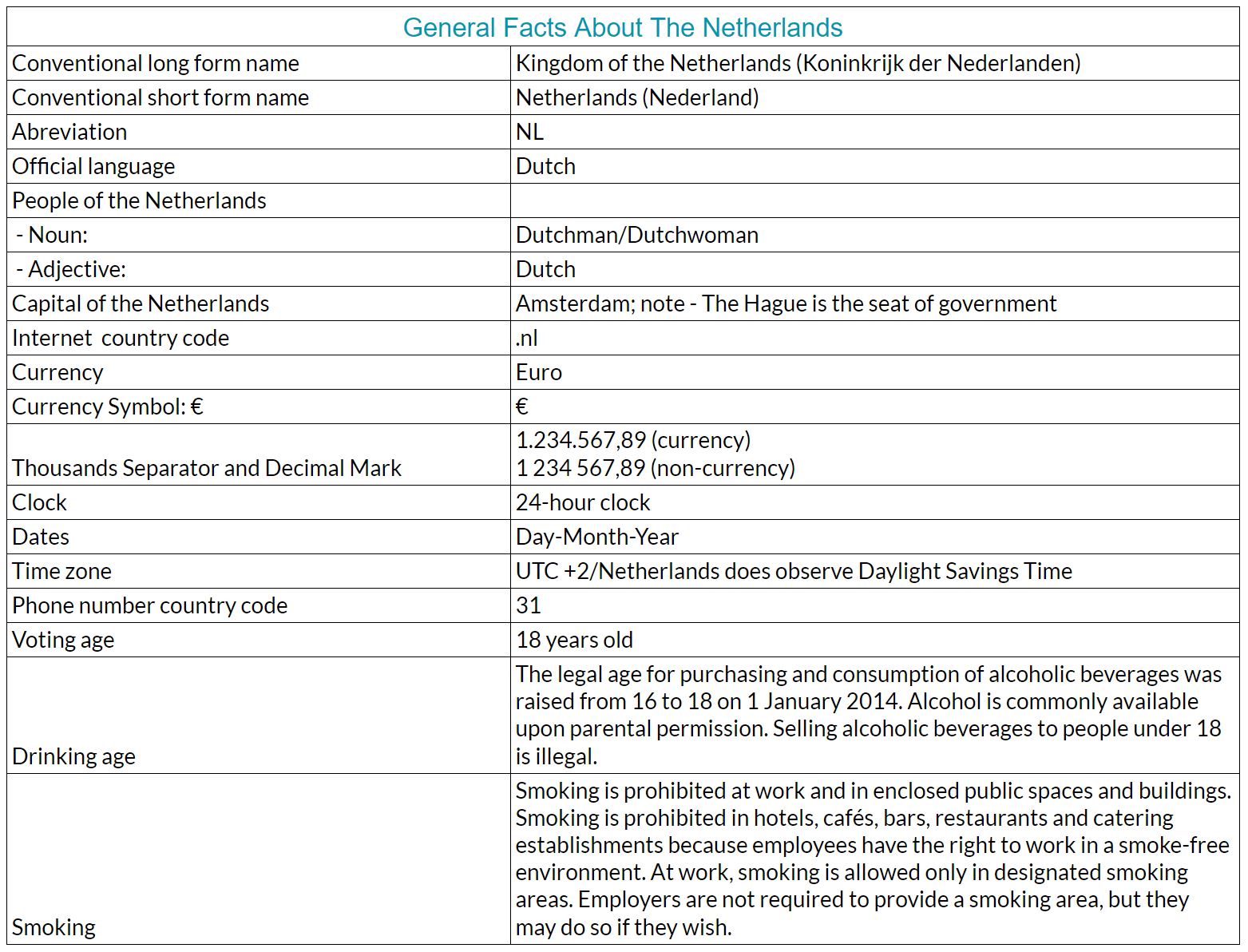 Invest in Holland - NOM Foreign Direct Investment (FDI) operates as a sort of marketing & sales organization for the Northern Netherlands. We pay visits to many entrepreneurs and companies in the region every year. During these visits, we discuss their success factors, their role in the supply chain, their vision of the future and the obstacles they face. We use this information to come up with propositions for the important sectors with the aim of enticing foreign companies to establish in the Northern Netherlands. It is here that they will find the conditions they need to achieve their ambitions.

Trade Helpdesk - The European Commission's Export Helpdesk provides a free online service covering all import rules in force in the EU on a product-by-product and country-by-county basis.

Additional Information On The Netherlands

Employment In The Netherlands

Global Reports and Rankings for The Netherlands